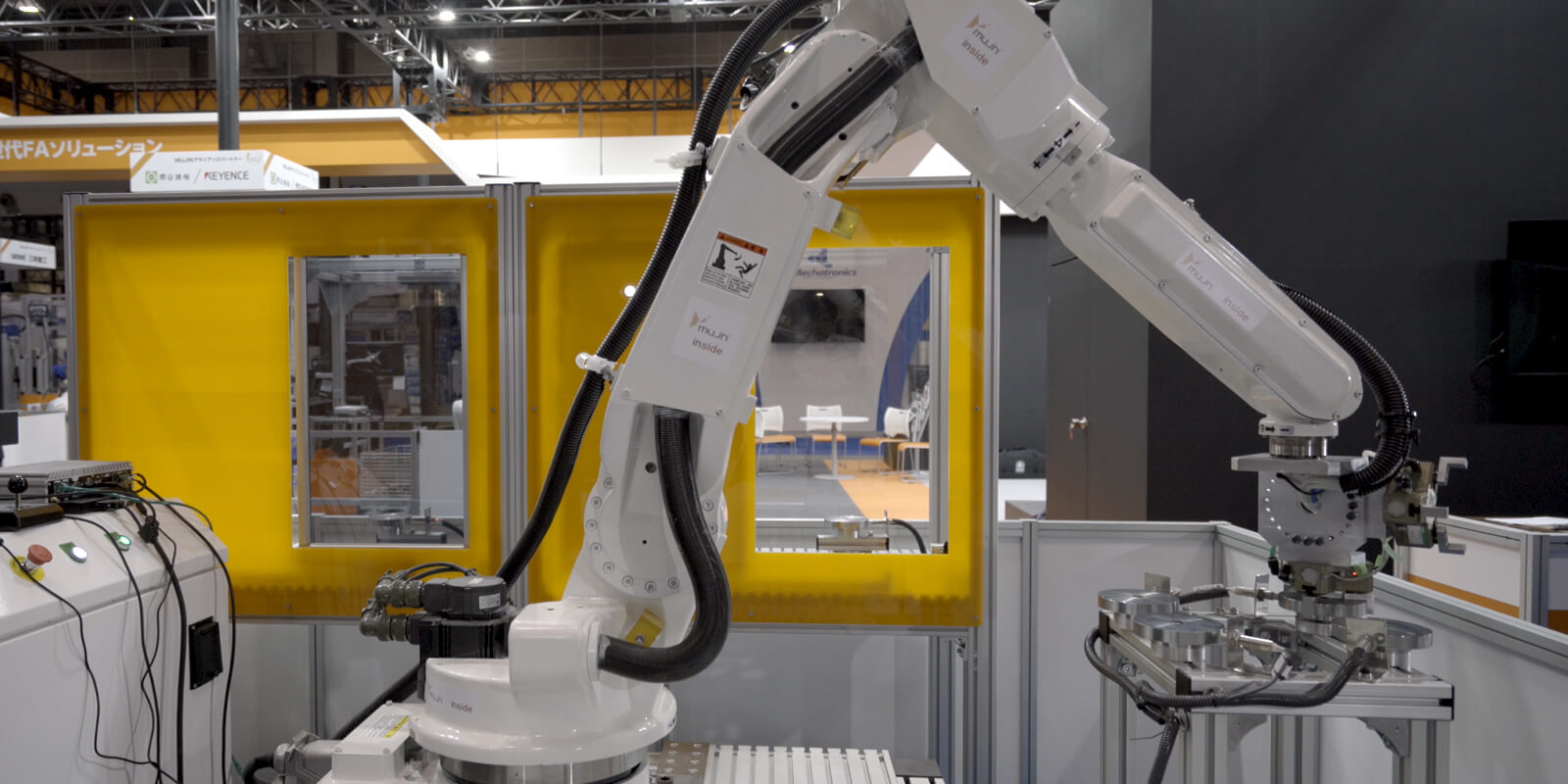 “Intelligent Robot Controller Development,” which Mujin has worked with 8 major robot makers, was awarded the Prime Minister Award, the highest rank of the 2nd Japan Open Innovation Prize by the Cabinet Office. Collaborating with 8 major robot makers such as The Yaskawa Electric Corporation, Mitsubishi Electric Corporation, Kawasaki Heavy Industries Ltd., Nachi-Fujikoshi Corp., Mujin has worked on the first open innovation in the robotics field to create new market but not to compete for existing market. We have developed “Intelligent Robot Controllers (Mujin Controllers),” designated as a common platform for industrial robots, and enabled robots to move without programming. As a result, we realized process automation which has never been possible before as well as simplifying and reducing the cost of implementation. 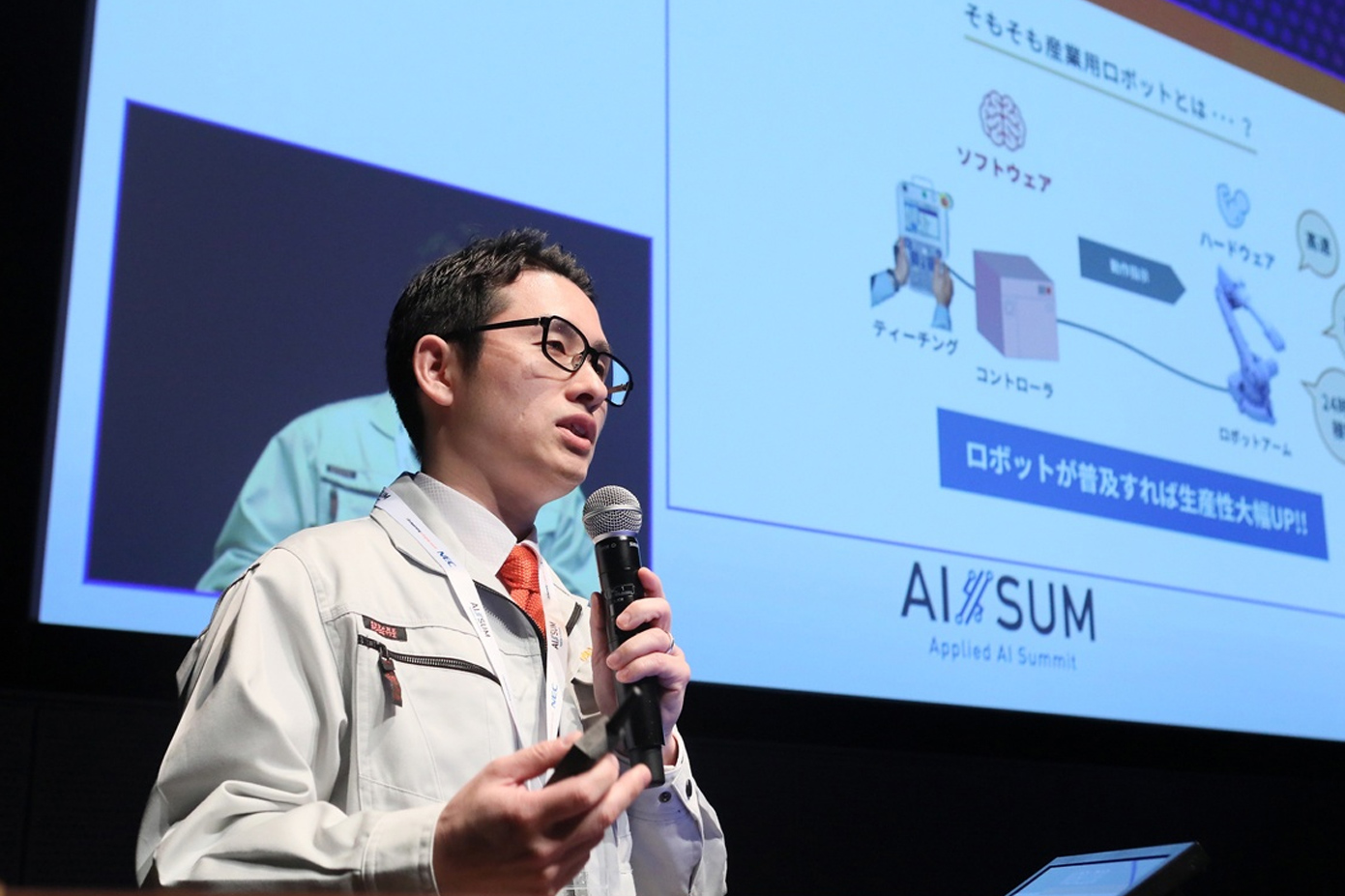 Mujin participated in “World 30”, 3 minute pitch contest among 30 AI startups in the world, held at AI/SUM (Applied AI Summit) by Nikkei. As a result, Mujin won Nikkei Award – for the best company. 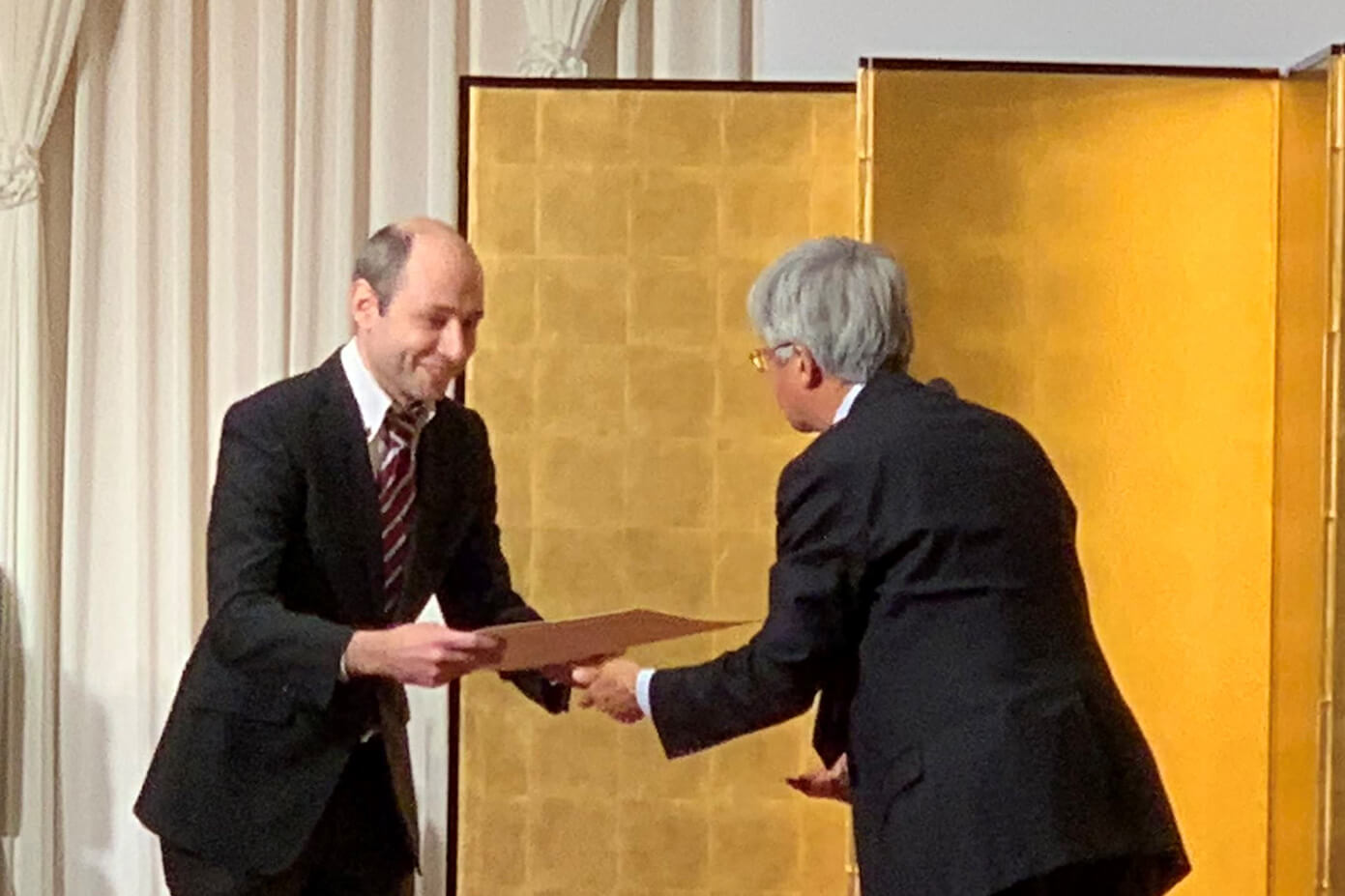 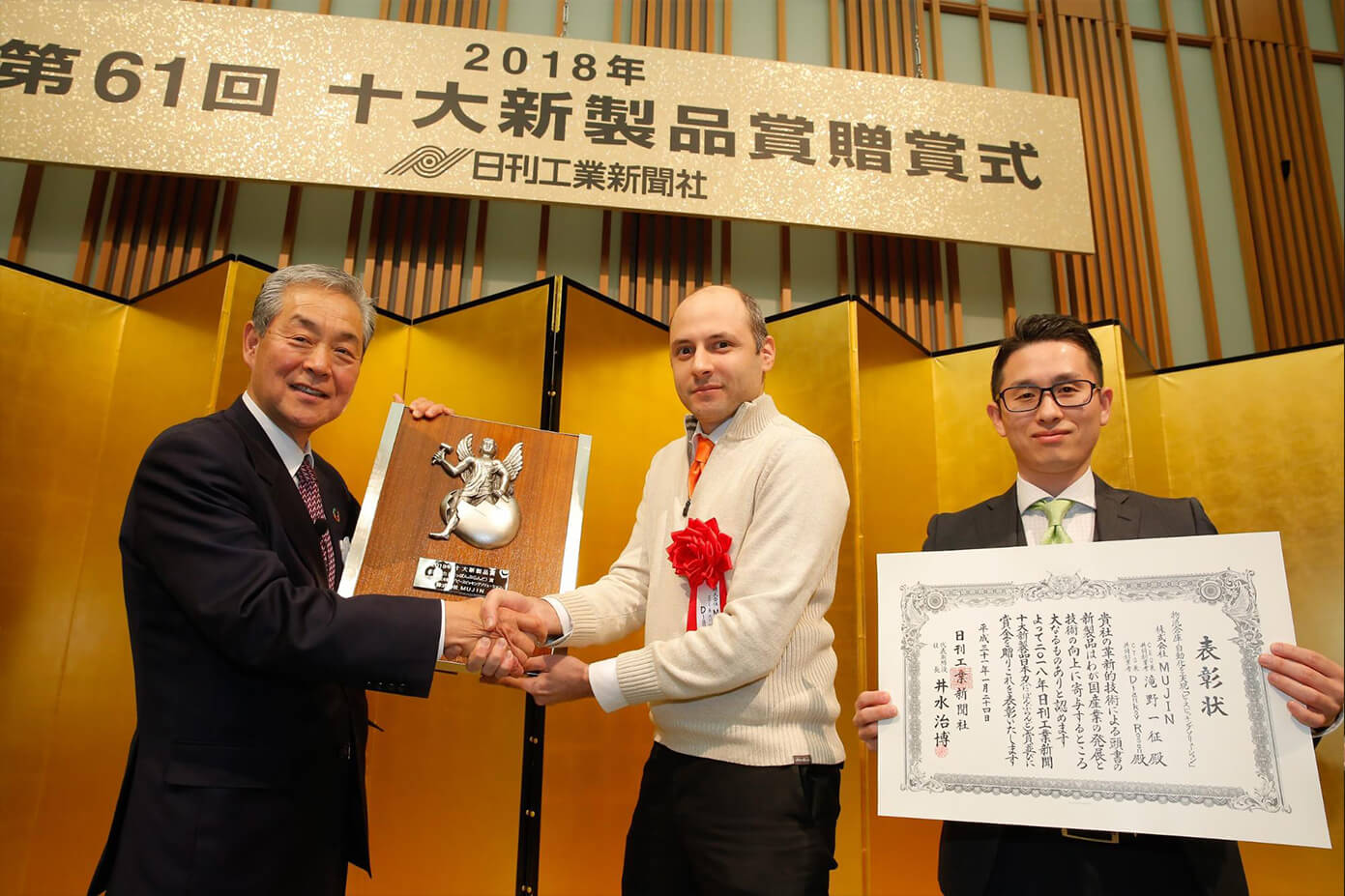 Mujin’s “Piece Picking Solution” won “Japan Brand Award” in Ten Greatest New Products Award. This award is for the new products which have competitive technology in the world or enhance the brand of “Made by Japanese company. ” 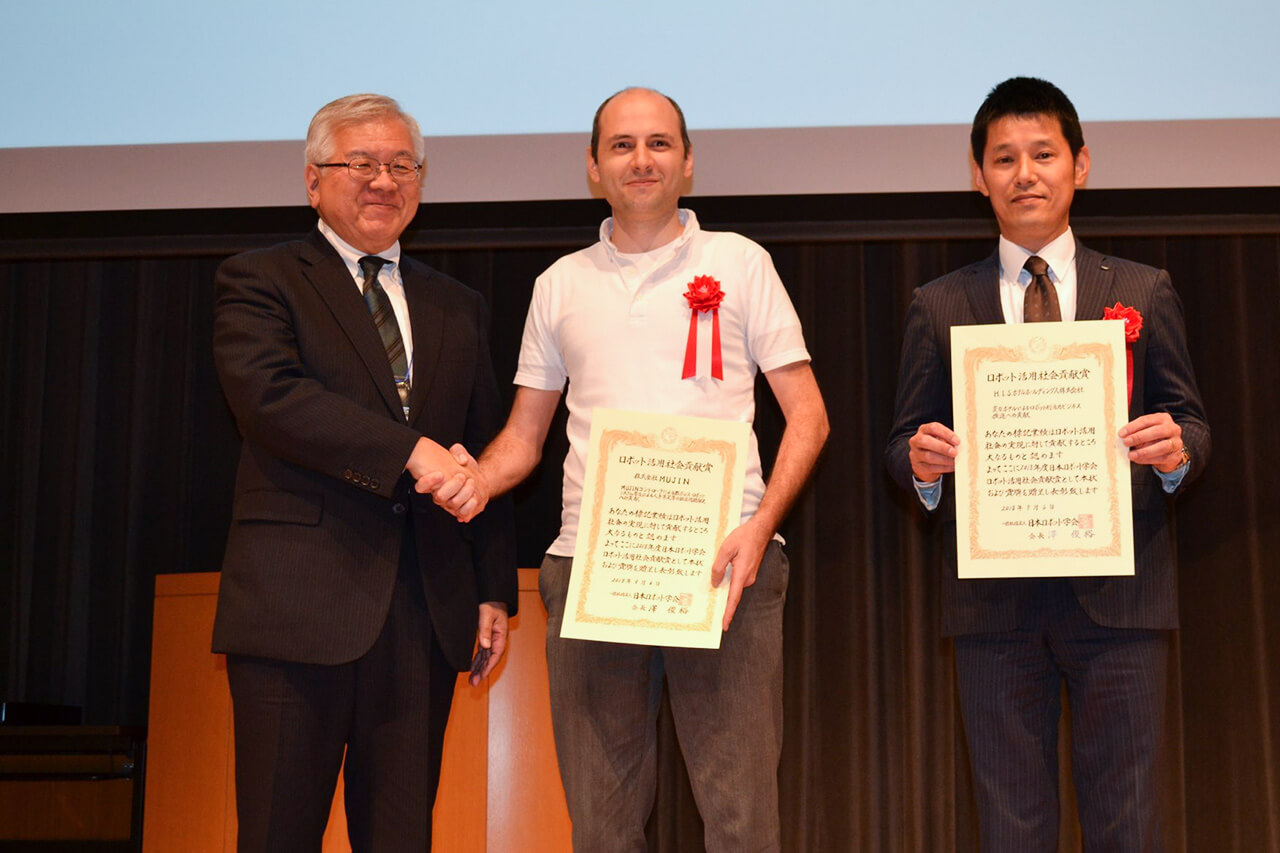 Mujin won “Robots and Society Award” presented by The Robotics Society of Japan on October 11, 2018.

The reason of this award is how we are contributing to the social problems such as labor shortage by Mujin’s teach-less robot systems. 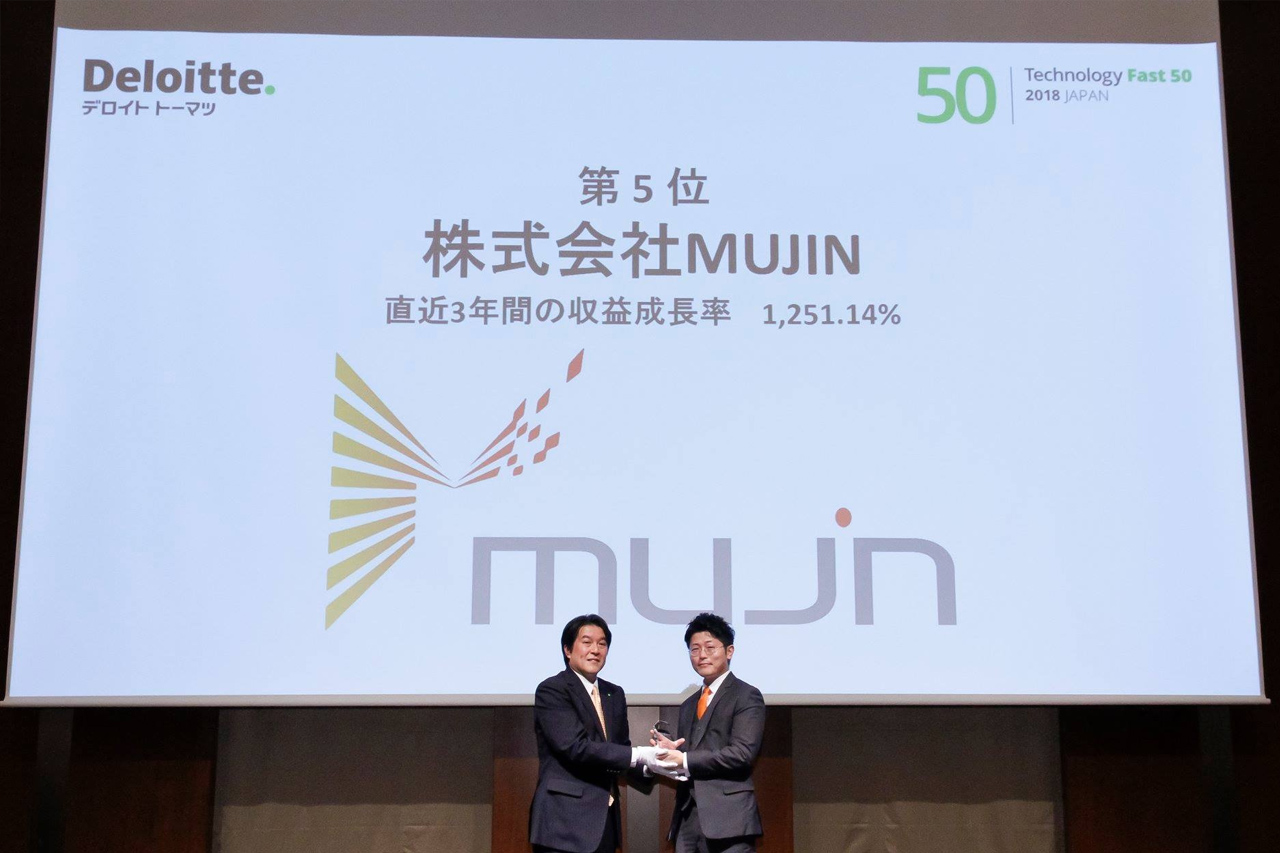 Mujin ranked 5 in the 16th Japan Technology Fast 50, with revenue (sales) growth of 1,251.14% based on the past three accounting periods. Japan Technology Fast 50, announced annually by Deloitte Touche Tohmatsu LLC, is a ranking of the 50 fastest-growing Japanese companies in the technology, media, and telecommunications (TMT) industries based on their revenue (sales) growth percentage based on the last three accounting periods. 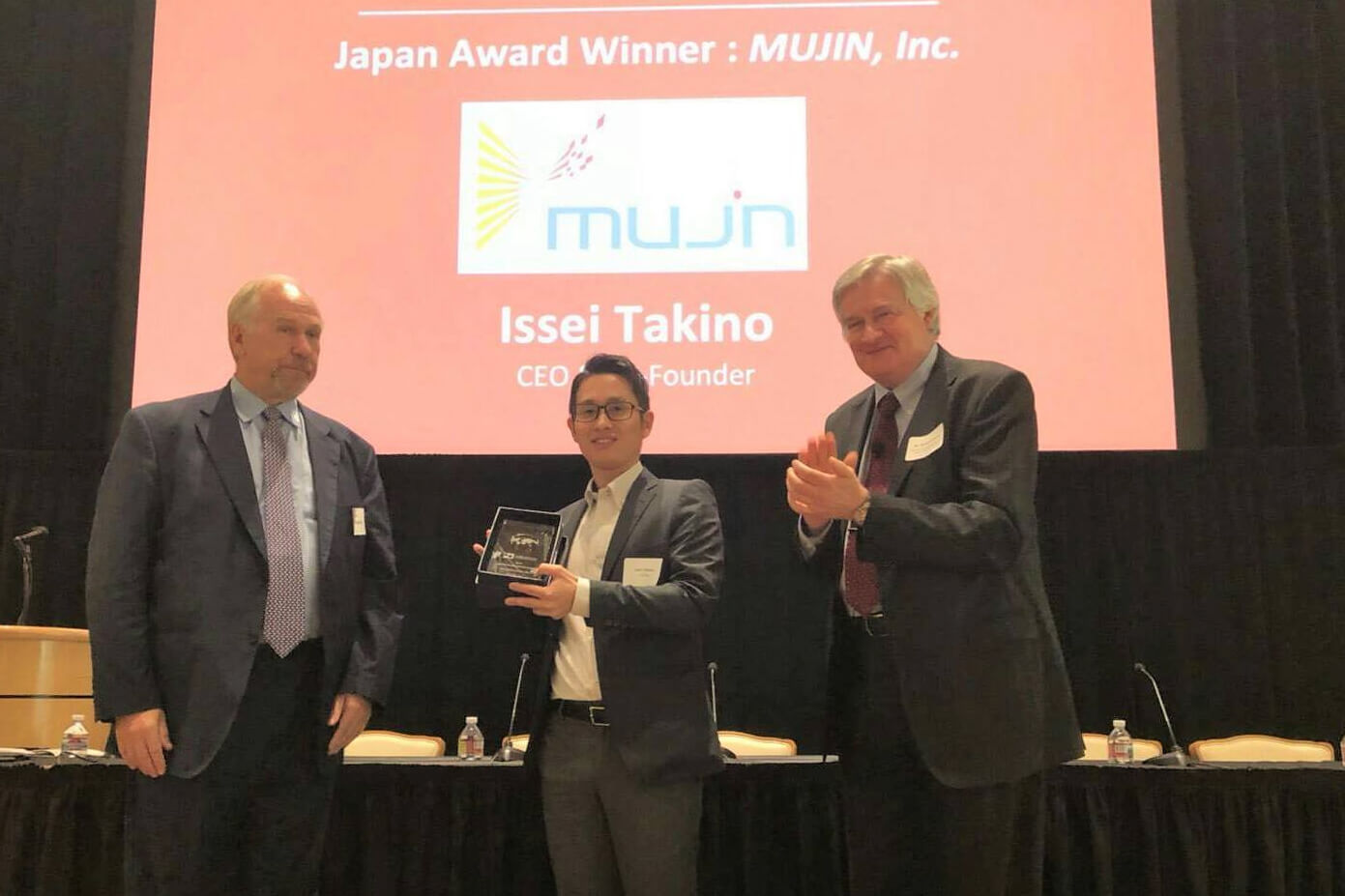 We are proud to announce that Mujin was presented “The Emerging Leader -Japan” Award at the U.S.-Japan Innovation Awards Symposium hosted by the Japan Society of Northern California in cooperation with the US-Asia Technology Management Center at Stanford University.

Japanese starts-ups have always struggled to compete with those in the Silicon Valley, but some have proved that “combining Japanese creativity and American entrepreneurial skills,” can result in the most amazing ideas. 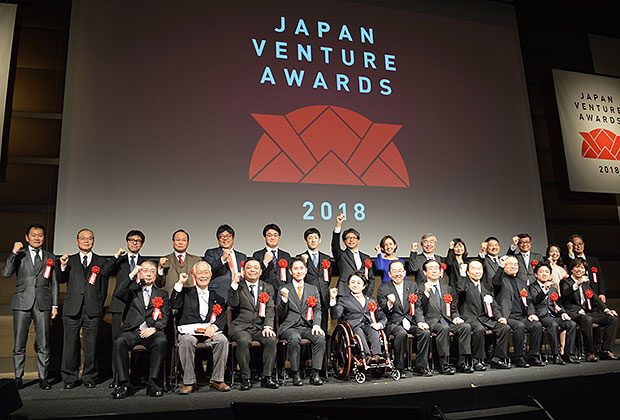 The Japan Venture Awards recognizes executives of innovative, ambitious venture companies that have a high growth potential and contribute to regional activation. 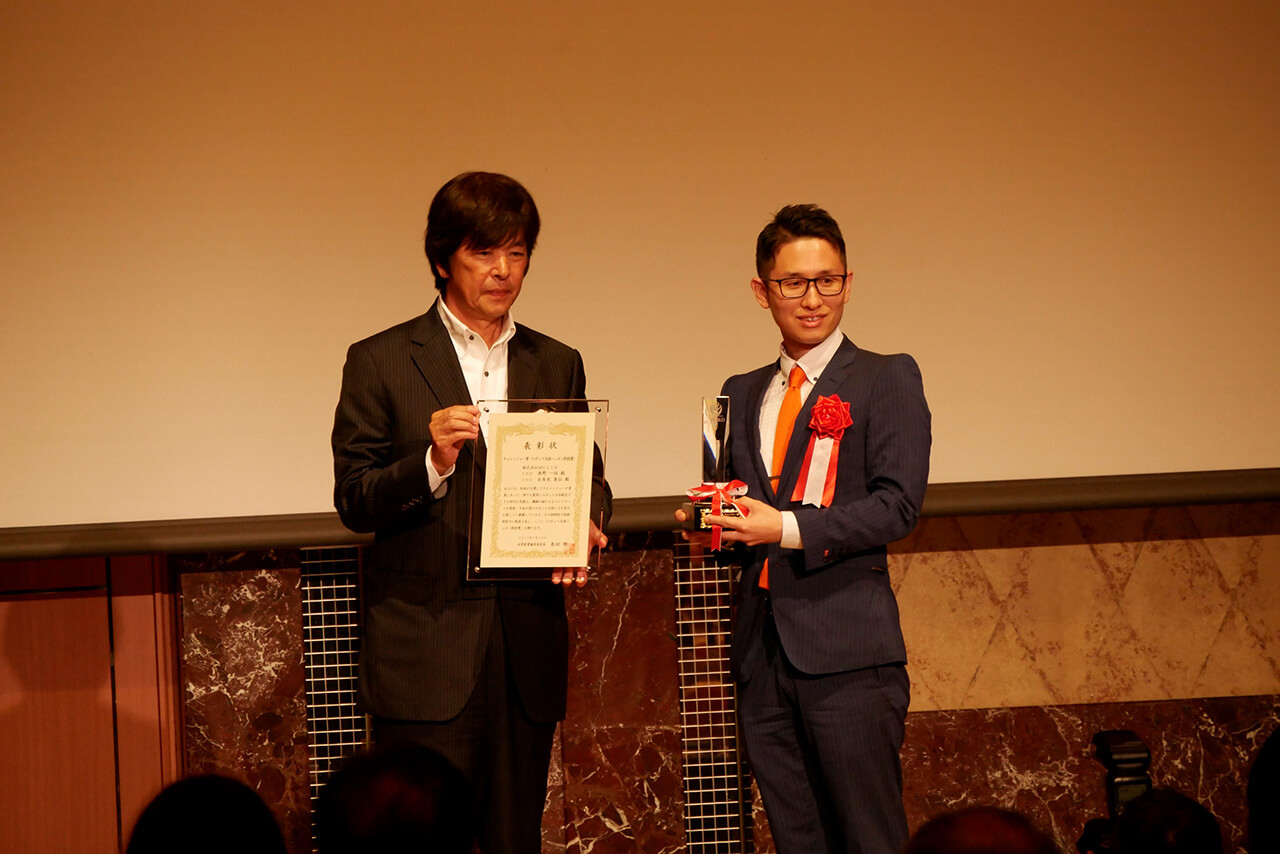 The Kigyoka (entrepreneur) Award is given to venture entrepreneurs who have made remarkable progress throughout the year. In addition to current progress, highly valued aspects include past achievements, future prospects, the degree of contribution to society and business activities that give dreams to the youth, who is going to support the future Japanese society. It aims to contribute to the revitalization of the Japanese economy by honoring entrepreneurs who create new culture through business. 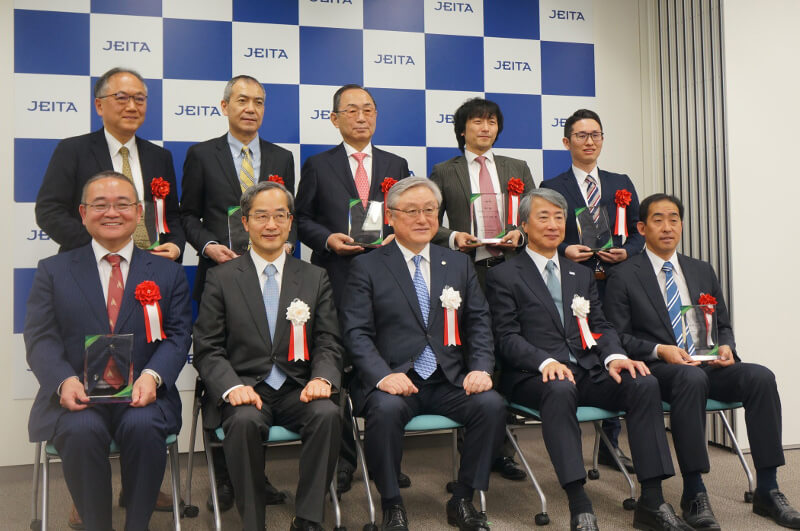 The JEITA Venture Award recognizes both developments in the information technology industry and business ventures that contribute to economic development; in 2017, Mujin was selected as one of seven companies to receive the award. 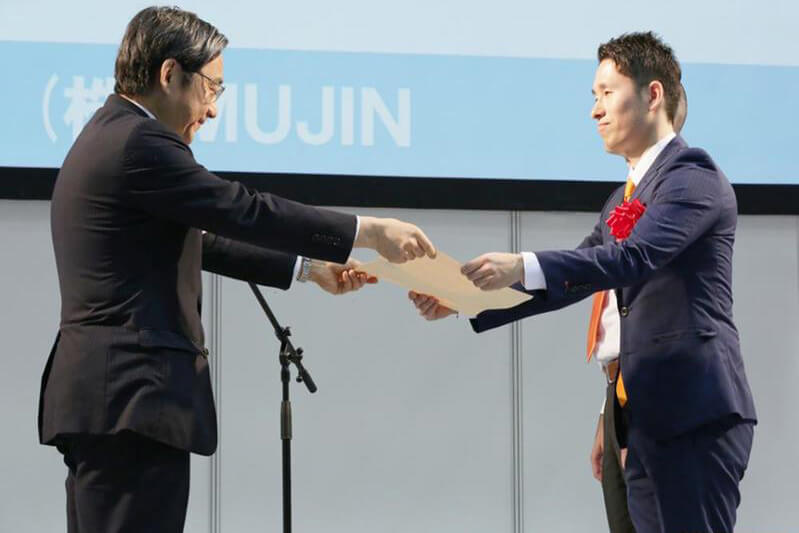